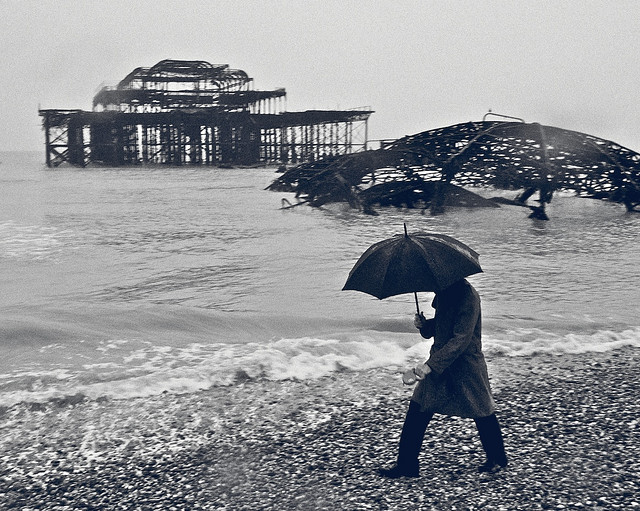 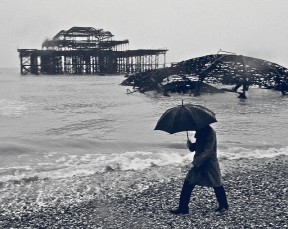 Strong in the Rain by Kenji Miyazawa

Strong in the rain
Strong in the wind
Strong against the summer heat and snow
He is healthy and robust
Free from desire
He never loses his temper
Nor the quiet smile on his lips
He eats four go of unpolished rice
Miso and a few vegetables a day
He does not consider himself
In whatever occurs
His understanding
Comes from observation and experience
And he never loses sight of things
He lives in a little thatched-roof hut
In a field in the shadows of a pine tree grove
If there is a sick child in the east
He goes there to nurse the child
If there’s a tired mother in the west
He goes to her and carries her sheaves
If someone is near death in the south
He goes and says, ‘Don’t be afraid’
If there are strife and lawsuits in the north
He demands that the people put an end to their pettiness
He weeps at the time of drought
He plods about at a loss during the cold summer
Everybody calls him Blockhead
No one sings his praises
Or takes him to heart

That is the sort of person
I want to be

This is a well-known poem in Japan. Kenji Miyazawa was a Buddhist and a vegetarian. The poem describes a simple diet. I wrote about being a vegetarian recently. The poem was written in katakana which was unusual. Katakana is the syllabary normally used in Japanese for foreign loan words.

Translating a poem is very difficult. The translation of something like a manual for a camera must be clear and simple. But literary translation is subjective.

And what sort of person do you want to be?

The translator Roger Pulvers talks about translating this poem in The Japan Times
http://www.japantimes.co.jp/text/fl20080831rp.html

The poet and translator Hiroaki Sato talks about the difficulty of translating the poem in Japan Focus
http://japanfocus.org/-Hiroaki-SATO/2526

I read the poem in the anthology Being Human edited by Neil Astley published by Bloodaxe Books.
http://www.amazon.com/Being-Human-Neil-Astley/dp/1852248092/

I found the poem online on the Foodstory blog. It is a slightly different draft of the translation by Roger Pulvers http://ifoodstory.com/20110328/strong-in-the-rain/

The post on Foodstory had a link to a youtube video of Ken Watanabe reading the poem in Japanese. 雨ニモマケズ http://www.youtube.com/watch?v=hvFEffacY5g

photo: This is England by James Kendall