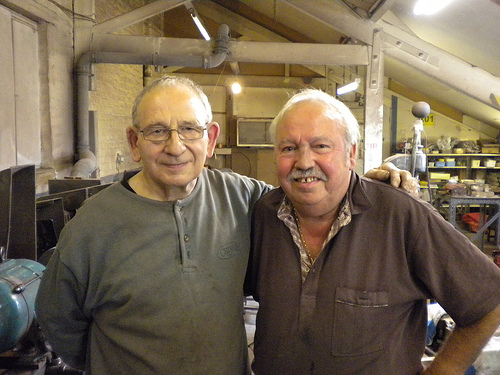 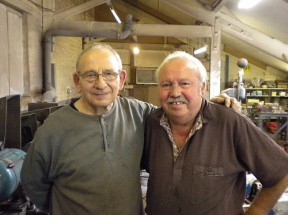 Remember stories you read when a boy
The shipwrecked sailor gaining safety by
His knife, treetrunk, and lianas for now
You must escape, or perish saying no.
Philip Larkin, Ultimatum

…paring the apple
With a human stillness.
The cool blade
Severs between coolness, apple-rind
Compelling a recognition.
Charles Tomlinson, Paring the Apple

Only man thinning out his kind
sounds through the Sabbath noon, the blind
swipe of the pruner and his knife
busy about the tree of life
Robert Lowell, Waking Early Sunday Morning

Having a wheel and four legs of its own
Has never availed the cumbersome grindstone
To get it anywhere that I can see.
Robert Frost, The Grindstone

There was no man for peril durst him touch.
A Sheffield whittle bare he in his hose.
Geoffrey Chaucer, The Reeve’s Tale from The Canterbury Tales


I was in the UK in the summer. I spent some time in Sheffield in the north of England. Sheffield was famous as a city of cutlery and steel factories. It was one of the main producers of knives in the world. Chaucer mentioned a Sheffield knife in the Canterbury Tales, written in the 14th century. Stainless steel was invented there. The 1997 British comedy movie The Full Monty was set in Sheffield against the background of rising unemployment as many of the jobs in the steel industry disappeared.

The law on carrying fixed-blade knives is very strict in the UK. So the demand for sheath knives is now very small. Trevor said that years ago shops in every English seaside town had display panels of knives. All made in Sheffield.

Reg is 81 now. Trevor is 71. Their schedules are lighter than they used to be. But they both still go in to their workshop seven days a week. I`ll say that again. Seven days a week.

They are both doing what they love. And they have both been doing it for more than half a century. There are some interesting background articles about them in the links below with photos and videos.

It was a great experience for me. Almost surreal. The workshop was very mysterious and difficult to find. I got the feeling that if I ever made my way back it might have magically disappeared.

It was humbling and a real pleasure to see master craftsmen at work and to hear about their craft. There are many lessons there if we are open to them. For Trevor and Reg it is nothing special. They are just making tools. But the tools are the best they can make. And the knives they make will be used for generations.

Trevor and Reg have no apprentices. When they stop making their knives there will be no more.

They don’t need to market their knives and they don’t have a home page. If you’d like one of their knives one of the links below is to an online store but it’s not run by them. If you can, try to visit them in their workshop. It will be a day you won’t forget.

Thank you, Trevor. And thank you, Reg.

http://hedgeguard.blogspot.co.uk/2009/03/some-poems-with-titles-beginning-with.html
Paring the Apple by Charles Tomlinson
This is a very cool blog post of poems beginning with P!

http://en.wikisource.org/wiki/The_Canterbury_Tales/The_Reeve%27s_Prologue_and_Tale
Geoffrey Chaucer, The Reeve’s Tale from The Canterbury Tales