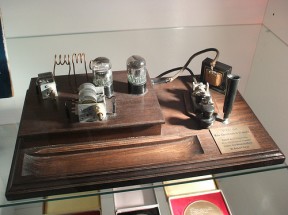 The spies in history who can say from their graves, the information I supplied to my masters, for better or worse, altered the history of our planet, can be counted on the fingers of one hand. Richard Sorge was in that group.
Frederick Forsyth

Sorge was the man whom I regard as the most formidable spy in history.
Ian Fleming

So in the last couple of days there have been a couple of strange articles in the Japanese newspapers. First a Russian diplomat fell off a cliff and died in Niigata, Japan. Any time a diplomat dies in suspicious circumstances the first thing you think about is espionage.

Then a Chinese diplomat was apparently caught spying and fled back to China before he could be questioned.

Years ago Tokyo used to be a centre for espionage. Richard Sorge one of the most successful spies of all time was based in Tokyo. He spied for the USSR against Nazi Germany. He was eventually executed in Tokyo during the Second World War. The Soviet Union refused to acknowledge him as one of their agents and refused three Japanese attempts to exchange him. He is still thought of as a romantic and tragic figure in Japan.