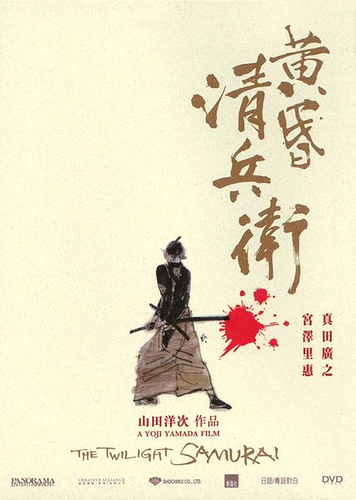 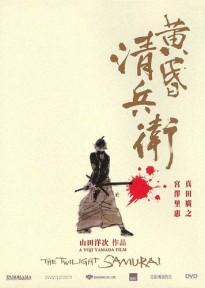 This is a video clip of a very cool swordfight. It’s from The Twilight Samurai directed by Yoji Yamada.

Yoji Yamada is famous as the director of the popular Otoko wa tsurai yo – It’s hard being a man – series of Tora-san movies. They are rather lightweight. So the samurai trilogy Yamada directed subsequently was a wonderful surprise.

The three movies are The Twilight Samurai, The Hidden Blade and Love and Honor. I recommend them – they are all really excellent movies.

The swordfight is interesting because the main character Seibei uses a short wooden sword against his opponent’s katana. A little like Miyamoto Musashi using a sword carved from an oar in his duel with Sasaki Kojiro.

Hiroyuki Sanada who plays Seibei has a background in martial arts and he is one of the few Japanese actors who looks competent when he is using a sword. He was in The Last Samurai and he is also in 47 Ronin due for release in 2013.