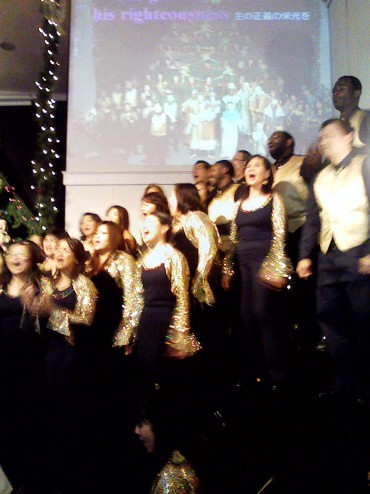 In February 2010 a friend of mine died. He was a big wide man, with a big presence and a big heart. I first met him 25 years ago when he came to Japan to study aikido. He played the guitar in the street for money in the early years (and he had to be careful of the yakuza who took protection money from street sellers). He had a great voice.

Whenever he saw a new face in the Aikikai hombu dojo he would wonder over after the lesson and say, “Howdy!” He must have said it hundreds – probably thousands – of times to students who came to Japan to train. Many people will remember him with affection. He was a very kind, gentle, pure, almost unworldly man. He thought carefully about aikido from a self-defence perspective. Sometimes he would ask me about a technique and how it could be used practically on the street. And murmur to himself that he would have to remember it so he could tell the guys in his dojo in New York. Del had a fond picture in his head of Arikawa Sensei walking through Central Park throwing unsuspecting muggers left and right.

Del’s Christian faith was very important to him. He wouldn’t do aikido on a Sunday and he had trouble with some of the bowing in aikido – especially the Shinto style of repeated bowing and clapping. He sang in the choir at his church. I went to his funeral there and there was a lot of love for him. He was a man who had lived every day full of love for other people.

Sometimes I hear a guitar in the street in Tokyo and just for a moment I think it’s Del.

Del sounded best in the street with a guitar but this was the only video I could find.