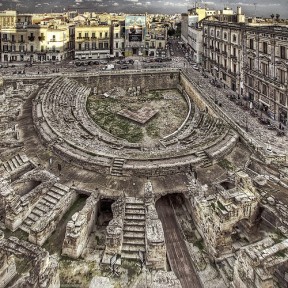 This is an interesting series of three articles by Adam Kirsch celebrating 100 years of the Loeb editions of Latin and Greek classics. The first is about Socrates as he appears in Plato, Xenophon and Aristophanes. The second is about the Annals of Tacitus. And the third is about the fall of Rome as seen by Boethius and Procopius.

If there is a weakness in the articles it is that the choice of books seems indiscriminate. There is no thread linking them together either. Why stop at three. Ten would be just as logical. Or fifty. But anyway I enjoyed them.

I studied Latin at school. At the time it was an uninteresting dead language. It was only long after my schooldays that I started to recognize its elegance and precision. But these articles make me want to get a Loeb book. Perhaps not Procopius.