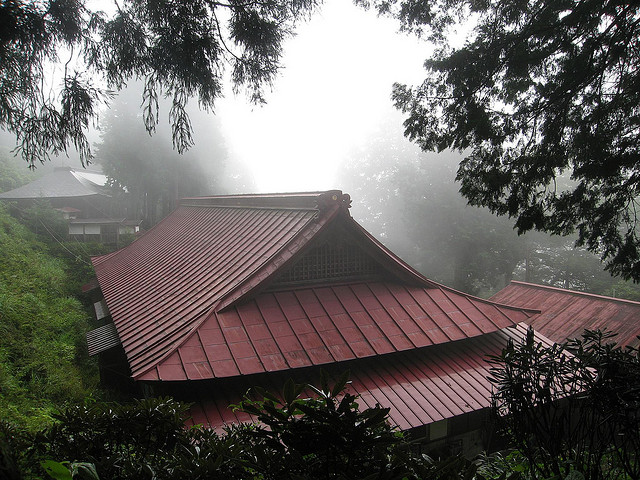 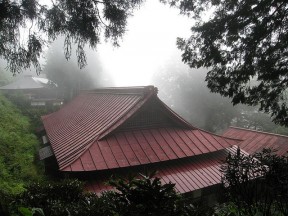 Fat was this lord, he stood in goodly case.
His bulging eyes he rolled about, and hot
They gleamed and red, like fire beneath a pot;
His boots were soft; his horse of great estate.
Now certainly he was a fine prelate:
He was not pale as some poor wasted ghost.
A fat swan loved he best of any roast.
His palfrey was as brown as is a berry.
Geoffrey Chaucer describes the monk in the Canterbury Tales, General Prologue

You are to abstain from meat, except as a remedy for sickness or feebleness. But as, when you are on a journey, you more often than not have to beg your way, outside your own houses you may eat foodstuffs that have been cooked with meat, so as to avoid giving trouble to your hosts. At sea, however, meat may be eaten.
The Carmelite Rule of St Albert Avogadro

And all I ask for housekeeping
I get and pay no fees,
Leeks from the garden, poultry, game,
Salmon and trout and bees.
St. Manchan of Offaly, Ancient Irish Monk’s Poem

This treasure was discovered in a bamboo thicket
I washed the bowl in a spring and then mended it.
After morning meditation, I take my gruel in it;
At night, it serves me soup or rice.
Cracked, worn, weather-beaten, and misshapen
But still of noble stock!
Ikkyu, My Cracked Wooden Bowl

Lots of arms, just like Kannon the Goddess;
Sacrificed for me, garnished with citron, I revere it so!
The taste of the sea, just divine!
Sorry, Buddha, this is another precept I just cannot keep.
Ikkyu, A Meal of Fresh Octopus

A rich buttery soup is not better than a broth of wild herbs. In handling and preparing wild herbs, do so as you would the ingredients for a rich feast, wholeheartedly, sincerely and clearly.
Dogen, Instructions for the Cook

Buddhist food is called shojin ryori. Basically it’s vegetarian. I wrote about vegetarian food in ovo-lacto-pesco-vegetarianism and translating japanese | strong in the rain. In Buddhism you are supposed to preserve life. So you don’t kill animals or fish for food.

It’s very difficult to follow a very strict Buddhist diet. They don’t even eat root vegetables because the plants cease to exist when they are uprooted. I’m not sure how long I could live without potatoes or onions or carrots. And they don’t eat strong-smelling plants like garlic. What western cook could sacrifice garlic? And a glass of beer or a glass of wine might interfere with awareness.

I respect simplicity and asceticism but I am sceptical about organized religion. All organized religions. Or perhaps I mean sceptical about people who follow the external trappings but who don’t understand the real meaning. A while ago on a train I saw a Buddhist priest going to officiate at a ceremony. His cotton robes were austere and simple. But he was wearing an expensive Swiss gold watch on his wrist.

And I’ve known a few martial artists who were centred and serene and compassionate humans. A very, very few.