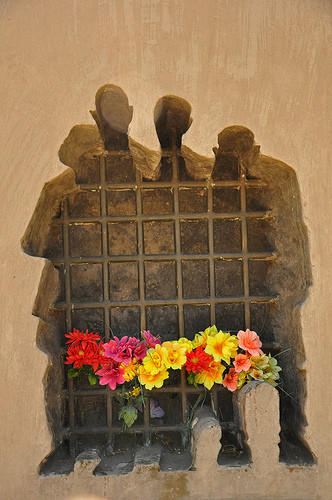 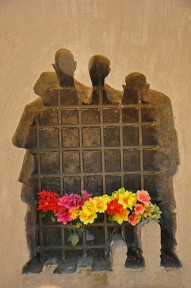 A Soccer Game in Ukraine During World War II Echoes Through Time – NYTimes.com.

German commentator: The crowd is going wild!
[the camera pans through the audience, showing they’re completely silent]
Escape to Victory

So Euro 2012 heads towards its climax without England. I’ve realized the problem. As long as God Save the Queen is the national anthem there is no chance of England ever winning a major tournament. How can the players get energized in the build-up to kickoff. The melody is just too boring. Not to mention the sentiments. If you’re an atheist republican you’re not very impressed.

While I’m on the subject of football here is a tragic story about the ‘death match’ in Kiev between Start and a nazi team. The story was changed a little and used as the background for Escape to Victory. That movie was memorable because world-class footballers Pelé and Bobby Moore were in it with world-class actor Michael Caine. And Sylvester Stallone.

Back to the national anthem. I didn’t know it – and I am British – but there is a peace version dating from 1919. This is it.

Yep we can all do with some universal peace. But wait. Home of the brave and free?! Where have I heard that before?

Wow. If you’re going to the trouble of making a new version at least make it original.

Escape to Victory on the internet movie database http://akas.imdb.com/title/tt0083284/