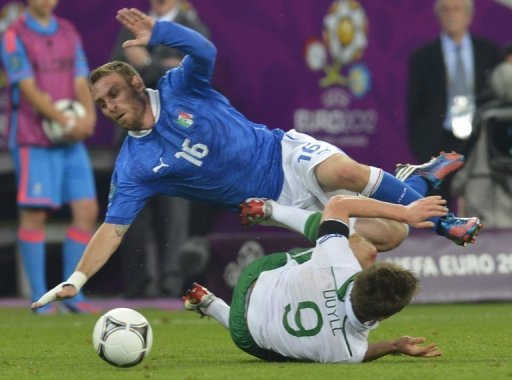 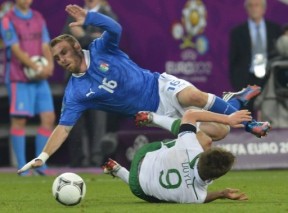 So enough about football. It’s too depressing. Check out Daniele De Rossi’s spectacular assymetrical fashion. This photo is him playing against Ireland but he wore the same shirt against England.