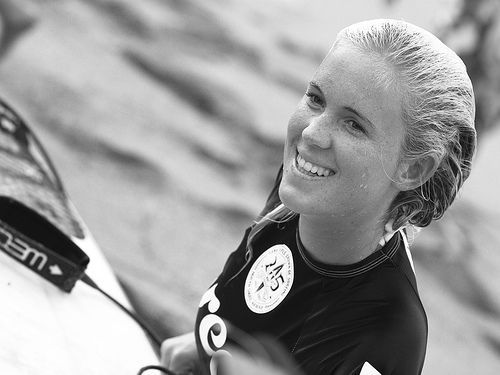 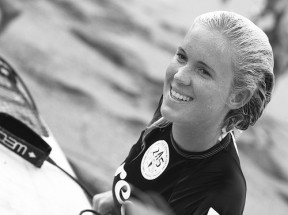 To pursue surfing not just as an athletic endeavor or as a sunny day diversion, but to try to glean whatever lessons you can from the practice. It means being aware of your surroundings, and respectful of the people and places that you interact with. It means being patient, mindful, kind, compassionate, understanding, active, thoughtful, faithful, hopeful, gracious, disciplined and good.
Brad Melekian, Surfer

The highest level, the pinnacle of surfing spirituality equivalent to Nirvana, Satori, and total enlightenment, but is rarely attained. The Soul Surfer expresses himself through his unity with the breaking wave. He borrows the wave’s spirit for a short while and uses his body and equipment to translate the essence of the wave’s spirit into Art.
Thomas Mitchell, The Seven Levels of Surfers

Surfing equates to living in the very moment of now. When you ride a wave you leave behind all things important and unimportant, the purity of the moment is upon you.
Bill Hamilton, Surfer

Even a concerto Prokofiev has written for me I have not played because the inner logic of the work is not clear to me, and of course I can’t play it until it is.
Paul Wittgenstein

While boarding the train I lost a button
– I remember it, I remember it, I have often thought of it since –
I was sleeping on the trunks and I was very happy to play with the nickel-plated Browning
that he had also given me.
Blaise Cendrars, Trans-Siberian Prose and Little Jeanne from France

One Arm is a story by Yasunari Kawabata.

I wrote about The Fugitive recently.  One of the characters is a mysterious one-armed man. Dr Kimble needs to find him to prove his own innocence.

By chance a few days later I saw Soul Surfer. It’s a true story. It’s a movie about Bethany Hamilton, a surfer who lost her arm in a shark attack. She nearly died but recovered and gradually fought her way back to becoming a pro surfer. It was based on a true story. She is a very impressive woman.

Not long ago I saw 127 Hours about Aron Ralston. It’s also a true story. He was a climber who got trapped by a falling rock and had to cut off his arm with a pocketknife to save his life. Awesome determination. He still climbs.

I watched Dolphin Tale with my family this week. It’s also based on a true story. An injured dolphin eventually gets a prosthetic tail.

Paul Wittgenstein was an Austrian pianist who lost his arm in the First World War. After the war he was determined to continue his career as a concert pianist. He was the brother of the philosopher Ludwig Wittgenstein.

I have taught aikido to a man with one arm. He was very gifted. Very quickly he was able to do techniques without using muscle strength. At first he did the techniques only on one side. But gradually with some small adjustments he was able to do them from both sides. One problem he had was that he did not have a counterbalancing arm to help him to stay aware of his centre.

But most people with two arms are not aware of their centres.

One other thing was even more difficult for him. In fact it became an insurmountable block. He could not believe it when he did a technique without using muscle power. Literally he could not believe that the techniques worked. Because what he was doing was so effortless.