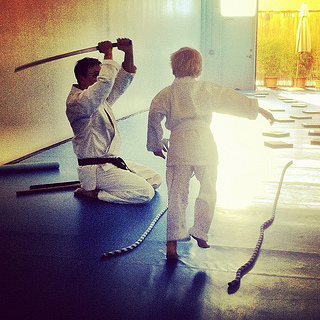 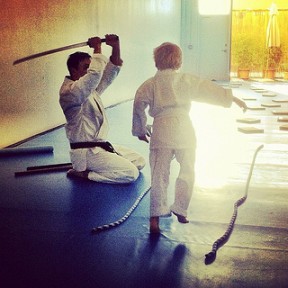 Is it a father’s job to teach his kid to fight? – The Washington Post.

This is a cool article from the Washington Post by Joel Stein. And it asks an important question: should I teach my child how to fight?

As parents we want to protect our children. From harm. From bad things. From the world. Some children – like Joel’s perhaps, and like Joel himself certainly – are not interested in learning how to fight.

Being a dad is knowing when your kid will be receptive to certain lessons. But that’s not it. I’m the one who is never going to be ready. Even when he’s 20, I’ll be trying to distract him from the violence of the world. I’ll be proud of his kindness, his gentleness, his ability to extract revenge by firing off pointed satire on Twitter.