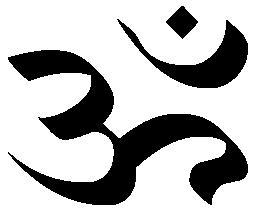 A few days ago I wrote a casual post called the fugitive about a cool escaped penguin. I talked about the The Fugitive and Blade Runner.

Then real life caught up. Aum is a Japanese cult. Aum members committed terrorist attacks in Japan in the 1990s including a sarin nerve gas attack on the Tokyo subway. Three Aum members have been on the most wanted list in Japan since they fled 16 years ago. Their photos are posted outside police boxes all across Japan.

Then one of them Makoto Hirata suddenly and unexpectedly gave himself up on 31 December 2011. Perhaps in a deliberate move to force a delay in the execution of Shoko Asahara the leader of Aum. Next the police caught Naoko Kikuchi on Sunday 4 June in Kanagawa. Then the third member Katsuya Takahashi panicked when he heard the news of Kikuchi’s arrest and was caught on video making several large cash withdrawals. It was the first time he had been spotted in the 16 years. The police rushed to arrest him but missed him by one hour. I hope they catch him very soon.

The story of Aum was like many cults that become twisted and deformed by personal greed and pride. Hundreds of young people drifting in Japanese society were attracted to its simplistic pseudo-Buddhist answers. The cult used mind control techniques and resorted to extortion. Gradually the cult leadership came to believe that they were above the law. It was almost impossible for members to leave. A young lawyer called Tsutsumi Sakamoto and his family were kidnapped and murdered by Aum members because he was working on a class-action lawsuit against the cult. So the family just disappeared off the face of the earth. There was a serious clue – an Aum button was found in the Sakamotos’ apartment – but the cult claimed that it had been planted by enemies and the police did not have enough evidence.

Then an attack by Aum on the brother of a member who succeeded in escaping resulted in police raids on Aum. It was an important step in the dismantling of the cult.

As the police investigation tightened around Aum it lashed out with the terror attacks.

So they tried to hijack the spiritual word Om. But I refuse to let them.

My friend Del Dennis died in 2010. I wrote about him here. One day he was walking to Shinjuku on his way home after aikido practice at the Aikikai hombu dojo. He walked past a public hall and some young women in the street outside invited him in to see a dance and song performance. Del went in. He was a musician so he was interested. He told me about the strange bearded man who was sitting in the lotus position on the stage during the whole performance. It was only later he realized he had seen a performance by Aum Shinrikyo. And the man on the stage was Shoko Asahara. Del was a good person. He always felt very uncomfortable that he had been at that performance. Close to evil.