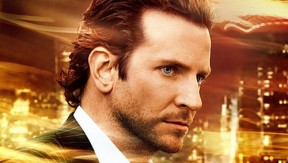 When taken as directed (one pill per day for seven consecutive days), NZT has been shown to be 97.3% effective in improving memory, hand-eye coordination and a host of cognitive abilities.
NZT-48 home page

I don’t have delusions of grandeur, I have an actual recipe for grandeur.
Bradley Cooper in Limitless

I don’t know how to fight. Or do I?
Bradley Cooper in Limitless

In the movie Limitless Bradley Cooper takes a new synthetic drug called NZT-48. Humans normally only use 20% of the brain’s power. The drug lets him access 100%.

He starts to see things very clearly. He sees patterns. He is able to think deeply and rapidly and he becomes successful and rich. It’s a very cool movie and a great story.

In one scene he is attacked on a subway platform by a gang of men. He has never been in a situation where he needed to fight. But he instantly recalls distant memories of fight advice and fight scenes from movies. And time seems to slow down as his brain processes the information and the situation and he becomes a dangerous and effective fighter.

Great scene. And great concept. Timothy Gallwey wrote some books on the inner game. And Mihály Csíkszentmihályi wrote about the flow. He also wrote about autotelic people who do things for the sake of the thing itself. The idea seems similar to zen thinking.

Sometimes sports players and artists and musicians can get into the zone. Martial artists can get in the zone too. When I did my dan promotion tests in aikido I deliberately didn’t practise the techniques in the months before the tests. And the same for my partners. I never practised with any of them. For each test I took a day’s vacation. I stayed quiet and relaxed until the tests and did a little meditation. And I did the tests with an empty mind. Time slowed down. Everything became simple and easy and natural.

my blog on aikiweb
http://www.aikiweb.com/blogs/moon-in-the-water-19051/

my columns on aikiweb
http://www.aikiweb.com/forums/forumdisplay.php?f=75&filter[1]=Niall%20Matthews