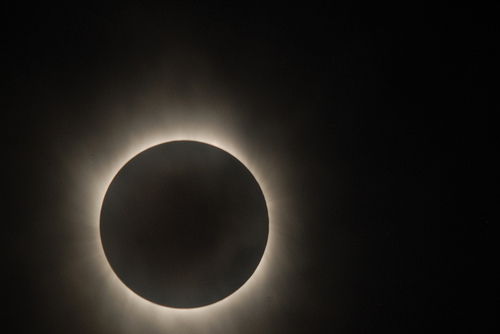 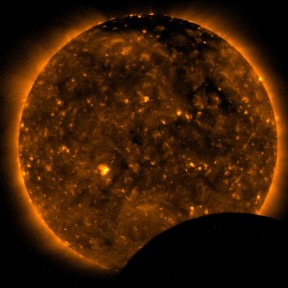 You see, it was the eclipse.  It came into my mind in the nick of time, how Columbus, or Cortez, or one of those people, played an eclipse as a saving trump once, on some savages, and I saw my chance.  I could play it myself, now, and it wouldn’t be any plagiarism, either, because I should get it in nearly a thousand years ahead of those parties.
Mark Twain, A Connecticut Yankee in King Arthur’s Court

In red moon I wrote about a lunar eclipse. Tomorrow morning there will be an annular solar eclipse. People in Japan are very excited about it. Some schools are starting earlier than usual so that children can watch it safely. Hotels in the best areas to see the eclipse are all fully booked. There are boat tours to watch it from the sea and even plane tours to watch it from above the clouds. Special glasses to protect your eyes have been selling fast.

The quote above is from A Connecticut Yankee in King Arthur’s Court by Mark Twain. There was a nice movie version starring Bing Crosby and William Bendix. You can imagine thousands of children remembering the dates of future eclipses after reading the book or seeing the movie. Just in case one day they got the chance to impress primitive civilizations with their power.

Columbus and the eclipse on wikipedia