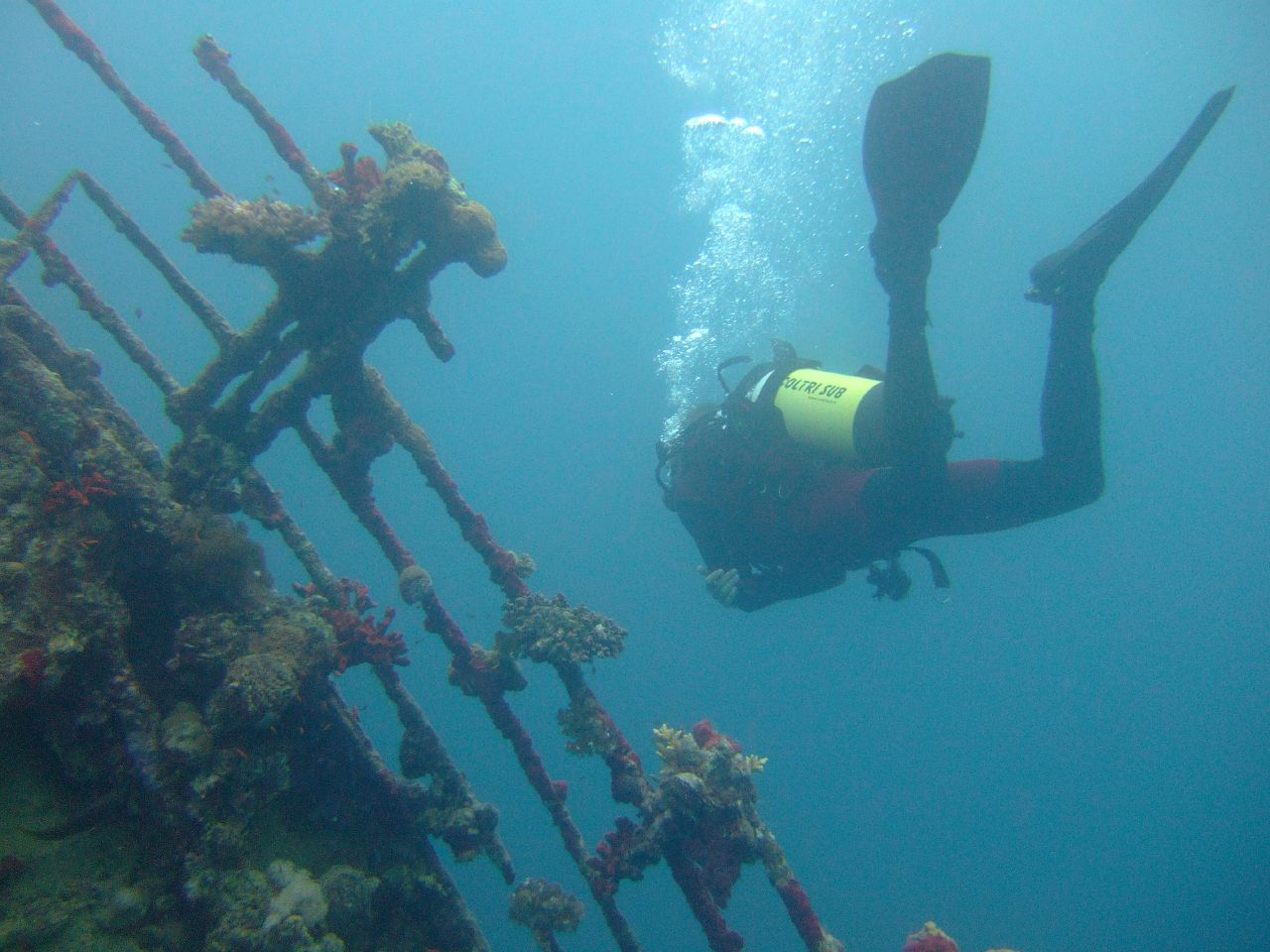 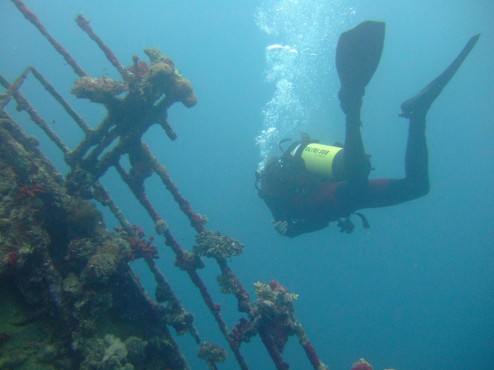 First having read the book of myths,
and loaded the camera,
and checked the edge of the knife-blade,
I put on
the body-armor of black rubber
the absurd flippers
the grave and awkward mask.
I am having to do this
not like Cousteau with his
assiduous team
aboard the sun-flooded schooner
but here alone.

There is a ladder.
The ladder is always there
hanging innocently
close to the side of the schooner.
We know what it is for,
we who have used it.
Otherwise
it’s a piece of maritime floss
some sundry equipment.

I go down.
Rung after rung and still
the oxygen immerses me
the blue light
the clear atoms
of our human air.
I go down.
My flippers cripple me,
I crawl like an insect down the ladder
and there is no one
to tell me when the ocean
will begin.

First the air is blue and then
it is bluer and then green and then
black I am blacking out and yet
my mask is powerful
it pumps my blood with power
the sea is another story
the sea is not a question of power
I have to learn alone
to turn my body without force
in the deep element.

And now: it is easy to forget
what I came for
among so many who have always
lived here
swaying their crenellated fans
between the reefs
and besides
you breathe differently down here.

I came to explore the wreck.
The words are purposes.
The words are maps.
I came to see the damage that was done
and the treasures that prevail.
I stroke the beam of my lamp
slowly along the flank
of something more permanent
than fish or weed

the thing I came for:
the wreck and not the story of the wreck
the thing itself and not the myth
the drowned face always staring
toward the sun
the evidence of damage
worn by salt and sway into this threadbare beauty
the ribs of the disaster
curving their assertion
among the tentative haunters.

This is the place.
And I am here, the mermaid whose dark hair
streams black, the merman in his armored body
We circle silently
about the wreck
we dive into the hold.
I am she: I am he

whose drowned face sleeps with open eyes
whose breasts still bear the stress
whose silver, copper, vermeil cargo lies
obscurely inside barrels
half-wedged and left to rot
we are the half-destroyed instruments
that once held to a course
the water-eaten log
the fouled compass

We are, I am, you are
by cowardice or courage
the one who find our way
back to this scene
carrying a knife, a camera
a book of myths
in which
our names do not appear.

About language. Assiduous is attending closely. Sundry is miscellaneous. Crenellated is stepped like the battlements of a castle. Vermeil is silver gilt.

By chance I’ve written about wrecks recently in wrecked about the Titanic and in The Loss of the Eurydice by Gerard Manley Hopkins.

Adrienne Rich died on 27 March 2012. I first found Diving into the Wreck many years ago in a bin in a second-hand book shop. It was shortly after the book was published and I had never heard of Adrienne Rich.

Some of the poems in Diving into the Wreck are disturbing – full of violence and rage.

When I try to speak
my throat is cut
and, it seems, by his hand
from Meditations for a Savage Child

But when I read this title poem Diving into the Wreck I was speechless. It’s a very powerful poem. I don’t think it’s necessary to know about her sexual identity for this poem. She transcends it here with the mermaid and the merman circling and becoming one.

The mermaid and the and the merman and the lines:

somehow remind me of the title of Je est un autre by Lawrence Durrell.

In fact she says:

So last question. What is the wreck?