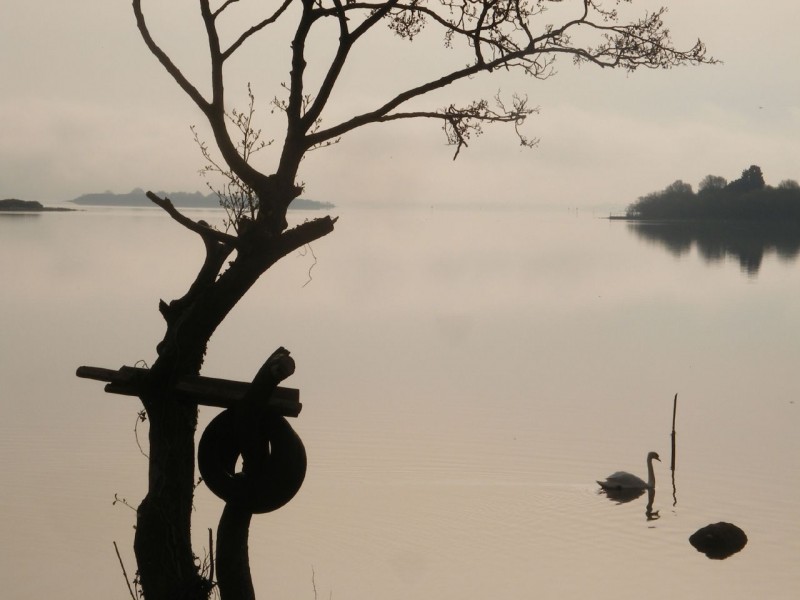 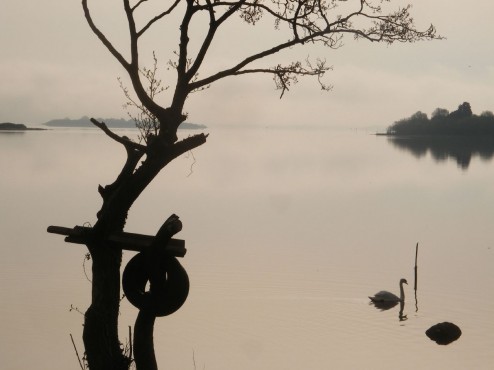 I have heard moreover that the monster scorns
in his reckless way to use weapons;
therefore, to heighten Hygelac’s fame
and gladden his heart, I hereby renounce
sword and the shelter of the broad shield,
the heavy war-board: hand-to-hand
is how it will be, a life-and-death
fight with the fiend.
Beowulf: A New Verse Translation by Seamus Heaney

I shall stay here the forehorse to a smock,
Creaking my shoes on the plain masonry,
Till honour be bought up, and no sword worn
But one to dance with.
William Shakespeare, All’s Well That Ends Well

Unknown was law,
Yet safe were all. Unhewn from native hills,
The pine-tree knew the seas not, nor had view’d
Regions unknown, for man not yet had search’d
Shores distant from his own. The towns ungirt
By trenches deep, laid open to the plain;
Nor brazen trump, nor bended horn were seen,
Helmet, nor sword; but conscious and secure,
Unaw’d by arms the nations tranquil slept.
Ovid, Metamorphoses

with a flimsy sword
you cannot be half
a guard for the cardinal
and half
a king’s musketeer
Yevgeny Yevtushenko, Half Measures

I’ve read about Izanagi and Izanami in a couple of blog posts recently. It’s a legend from the Kojiki. The Record of Ancient Matters. It’s an old Japanese text. When I say old I mean more than a thousand years old.

I am not at all interested in the Kojiki as a technical text about martial arts. I don’t read Beowulf or Ovid to learn how to fight with a sword. But if reading Japanese myths helps your training that’s cool.

Anyway the story is worth repeating just as a story. It is a horror story. A story of incest. A story of weakness and sadness and loss. This is a modern retelling from The Book of Loss by Julith Jedamus.

I think about the story of the Leech Child. My mother told it to me when I was a girl. She said I would ask to hear it again and again, as if something about his misfortunes struck my fancy.
He was the first child of Izanagi and Izanami, the incestuous brother and sister who created our world. Their other children were strong, and became the sun and moon and all the islands of our homeland and its trees, waterfalls, rocks and storms. But the Leech Child had no bones. He was white and formless, and he couldn’t stand or walk.

When he was three his parents put him in a boat and set him adrift on the sea. No one rescued him, nor was he transformed through luck or magic into a mythical creature – a phoenix, perhaps, or a dragon. he simply died.

How did he die? I would ask my mother, but she couldn’t tell me. I imagined him parched by the sun or cast into the water by a wave.

And did his mother miss him?

No, my mother would say, she was busy having other children. But her last child, the god of fire, scorched her when she was giving birth, and she died. Her husband Izanagi sought her in the underworld and begged her to return. She replied that she could not, but promised that she would appeal to the gods, and warned him not to look at her until she did so. But he broke his vow, and saw her corpse riddled with maggots.

Izanagi was so repelled that he fled the underworld and found a river and bathed himself over and over to rid himself of the taint of his wife’s body.

There are no sins in this story, nor any sense of guilt. The Leech Child is born and is left to die; the mother dies also. No one can bring them back.

The Book of Loss is a novel written in the form of a diary. This is a traditional form in classical Japanese literature. It is set in the Emperor’s court in Heian period Japan. Like The Diary of Lady Murasaki – written a thousand years ago – it also includes letters as a narrative technique. In The Book of Loss the writer’s lover has been forced into exile. Intrigue and revenge drag her life into a spiral of darkness.

The Book of Loss is interesting, perceptive and very well-written. I liked it a lot.

The Diary of Murasaki Shikibu online