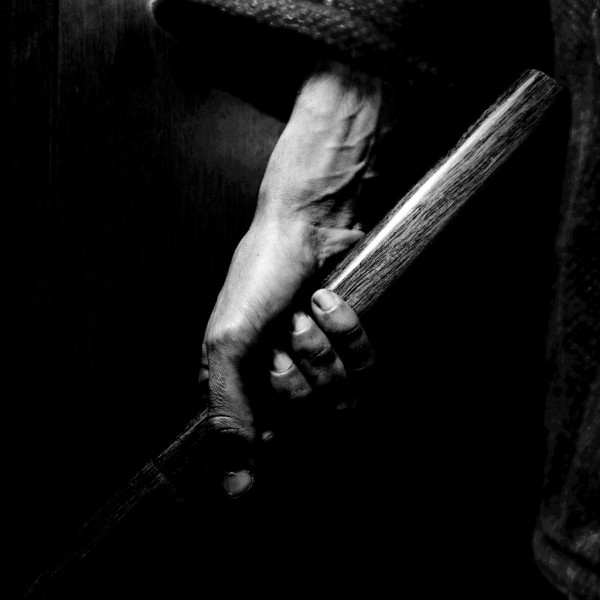 Sword I by Marcin Brzeziński 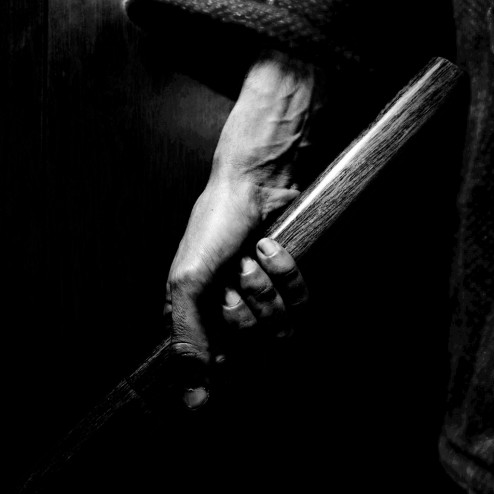 I don’t know about the idea that a weapon is an extension of your hand, but it sure feels good to have a stick in your hand and go whack, whack, whack.
Victor de Thouars, Mahaguru of Serak Pentjak-Silat

If I did not know that I am a genuine Dane, I could almost be tempted to explain my self-contradictions by supposing that I am an Irishman. For the Irish do not have the heart to immerse their children totally when they have them baptized; they want to keep a little paganism in reserve; generally the child is totally immersed under water but with the right arm free, so that he will be able to wield a sword with it, embrace the girls.
Søren Kierkegaard, Journals and Papers

A storm-beaten old watch-tower,
A blind hermit rings the hour.

Never give a sword to a man who can’t dance.
Confucius

A little while ago I wrote about the perfect tool. Tools for aikido are very basic. You need something to wear and somewhere to train. So that’s a simple cotton uniform and a room. Or a park or a field. Some styles also train with stylized practice weapons. One of the most important is a wooden sword. A bokken.

Today I want to talk about some practice swords. I wrote about bamboo swords in a column. I’ll talk about real swords another time.

In Japan it is not easy to get a licence for a real sword. Even for a martial arts teacher. I wrote once in swords and guns about the Japanese Customs destroying a sword sent to me from the USA because it was too modern. If it had had any historical value I might have been able to get a licence.

In Japan wooden swords are just tools for training. Nobody cares about exotic woods. Simple and tough will do it. I have a few bokken. Different weights and shapes.

I got the chance to pick up a plastic training sword some time ago. It was cheap. Perhaps many traditional martial arts teachers would disapprove of a plastic sword. Although many beginner shakuhachi – Japanese bamboo flute – players start with a plastic one. And kendo shinai now can be made from carbon fibre. I didn’t expect very much from a plastic sword but I thought it would be useful for solo training outside in wet weather. You can’t really call it a plastic bokken because bokken means wooden sword. Plakken maybe. On the home page there is a video of a guy showing how strong this sword is. He whacks things with it. Seriously. So you know it’s tough. It’s got a little too much whip in it. But the balance is surprisingly good. And it’s perfect in the rain. But how many sensible people train in the rain.

I do have a bokken with terrible balance. It’s from Iwama. The dojo in the Japanese countryside where the founder of aikido trained. That bokken feels like it was carved out of an oar. There is a legend that Miyamoto Musashi carved a wooden sword out of an oar in the rowboat on his way to fight Sasaki Kojiro. He won that duel by the way so perhaps balance is overrated.

After my teacher Kinjo Asoh Sensei died I put a book by Joseph Conrad in his coffin so that he would have something to read on his final journey. I wrote about that in the sea. They also put a bokken in the coffin with him. It was a very nice bokken that he had used for many years. But even in death there was a practical side. Before the coffin was closed and burned they took the bokken out again. Oh well. I did leave the book.