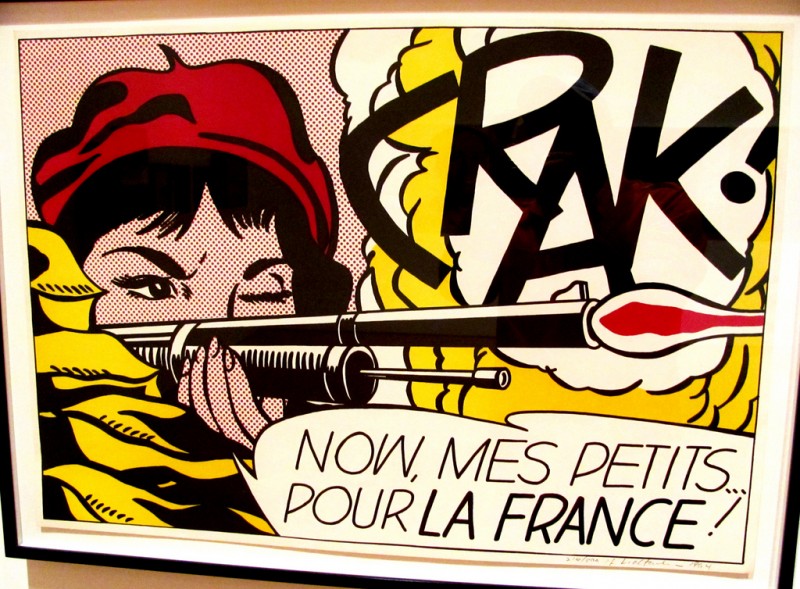 CHiPs, John or Punch by N-ino

They are Ghouls:
And their king it is who tolls;
And he rolls, rolls, rolls,
Rolls
Edgar Allan Poe, The Bells

On a roof stand the swallows ranged in wistful waiting rows,
Till they arrow off and drop like stones
Thomas Hardy, On Sturminster Foot-bridge

Dirty British coaster with a salt-caked smoke stack,
Butting through the Channel in the mad March days
John Masefield, Cargoes

And dark in the dark old inn-yard a stable-wicket creaked
Alfred Noyes, The Highwayman

This pop-art painting by Roy Lichtenstein is done like a panel of a comic. The word Crak! sounds like its meaning – a rifle firing. That is called onomatopoeia.

In English we use onomatopoeia in music lyrics – like in Splish Splash (I was taking a bath) by Bobby Darin. And in poetry. From Shakespeare to e e cummings. And of course in comics!

But onomatopoeia, ideophones and mimetic words – including words for more abstract concepts that don’t have a sound – are very, very important in normal Japanese speaking and writing. Many of these words are made by reduplication – that sounds like a tautology but it means with repeating sounds – like bye-bye in English.

There are some glossaries in the links below but here are a few examples. Doki-doki means your heart is beating fast with excitement. Toki-doki means sometimes. Niko-niko means smiling. There are even some double reduplications(!). Kenken-gogo means an uproar. Kankan-gakugaku means a frank argument.

In the Japanese illustration of Daito-ryu Aikijujutsu BA is the sound of the air during the technique.

But maybe the best example for budo is giri-giri. At the limit. The last possible moment. 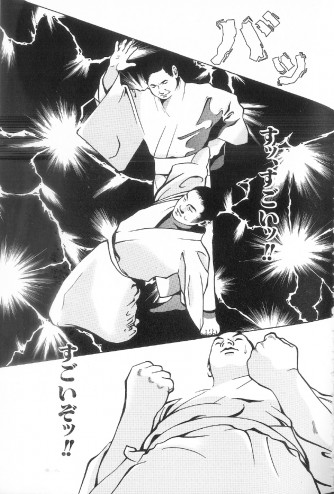