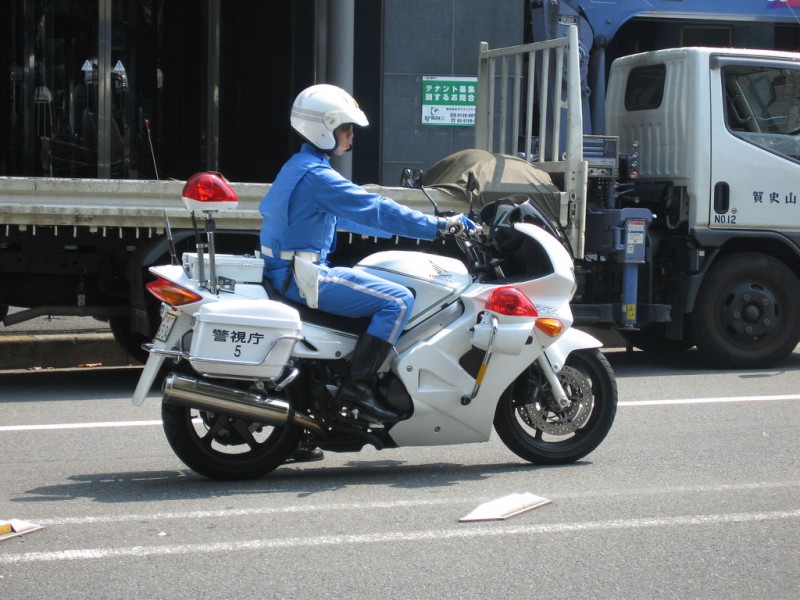 CHiPs, John or Punch by N-ino

Doctor, you say there are no haloes
around the streetlights in Paris
and what I see is an aberration
caused by old age, an affliction.
Lisel Mueller, Monet Refuses the Operation

Though now in her old age, in her young age
She had been beautiful in that old way
That’s all but gone
W B Yeats, The Old Age of Queen Maeve

I have lived long enough: my way of life
Is fallen into the sere, the yellow leaf;
And that which should accompany old age,
As honor, love, obedience, troops of friends,
I must not look to have.
William Shakespeare, Macbeth act 5 scene 3

She did not really want to know; she believed she understood already.
Philip K Dick, Flow My Tears, The Policeman Said

These are all things I saw, heard or read last week in Japan.

Neighbourhood loudspeakers asked everybody to look out for a man in his seventies who had gone wandering off. And described what he was wearing. Age-related problems like wandering are becoming more and more common. 23% of Japan’s population is over 65, the highest percentage in the world. The figure is projected to be 41% by 2055.

A plainclothes police officer caught a man who had groped a girl student on a train. The man was in his sixties. He didn’t try to escape. His looked resigned to what was going to happen. Probably there would be serious repercussions for his professional life and his personal life. He might lose his job. Perhaps even his family. The police officer stood beside him on the station platform holding him firmly by the arm with one hand while he telephoned for backup. It was a katatedori one hand grip with the little finger up and towards the opponent. In aikido training the grip would normally be with the thumb up and closest to the opponent.

The Japanese National Police Agency released some data from the Tohoku earthquake one year on.

A police officer on a white motorbike stopped at a traffic light. He looked very cool and self-confident. He was wearing sunglasses and a scarf. A little boy crossing the road holding his mother’s hand couldn’t take his eyes off him. They were huge with awe and admiration.

Dylan Thomas, Do Not Go Gentle Into That Good Night

W B Yeats, The Old Age of Queen Maeve