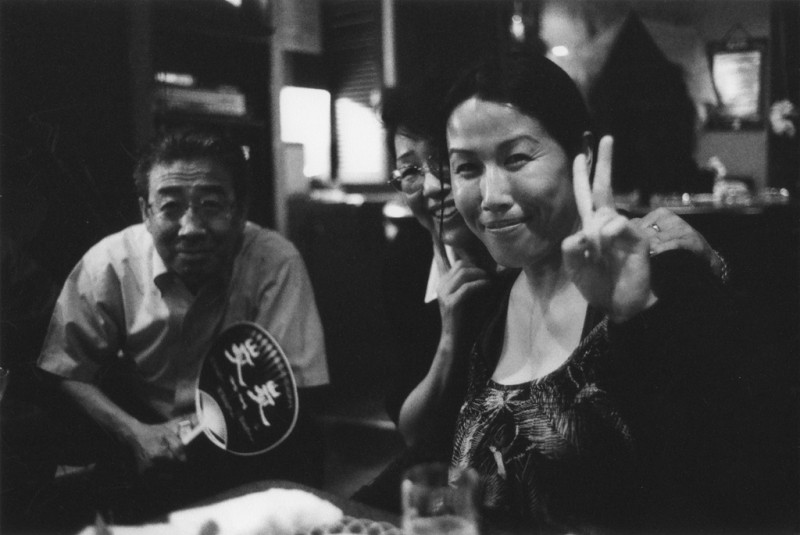 Karaoke at the snack by Trevor Hartsell

Warning: There is a little profane language in this post. If you don’t want to read it please stop now and check back in next week. Niall

Those who seek competition are making a grave mistake. To smash, injure or destroy is the worst sin a human being can commit. The real Way of a Warrior is to prevent slaughter – it is the Art of Peace, the power of love.
Morihei Ueshiba, founder of aikido, The Art of Peace

The time of universal peace is near.
Prove this a prosp’rous day, the three-nooked world
Shall bear the olive freely.
William Shakespeare, Antony and Cleopatra act 4 scene 6

The earth makes a sound as of sighs and the last drops fall from the emptied cloudless sky. A small boy, stretching out his hands and looking up at the blue sky, asked his mother how such a thing was possible. Fuck off, she said.
Samuel Beckett, The End

Christy Brown: Fock ahv.
Dr. Eileen Colt: With speech therapy, I can teach you to say “fuck off” more clearly.
from the movie adaptation of Christy Brown’s autobiography My Left Foot

If someone takes out a camera in Japan young people all pose flashing two-finger peace signs. In the UK that palm out V-sign is a victory sign. Winston Churchill used it during the second world war as a powerful symbol of hope.

In Japan the sign meant victory until the early nineteen-seventies. There was a sports serial drama on television called Sign wa V. It was about volleyball. Volleyball became wildly popular after the Japanese women’s volleyball team won the gold medal at the Tokyo Olympics in 1964. The V in the title meant victory.

Then in 1972 the meaning of a V-sign shifted from victory to peace. It already had started to be used in that sense in the USA against the war in Vietnam. At the 1972 Sapporo winter Olympics Janet Lynn, an American figure skater, became very popular in Japan. She fell during her free skating program. She smiled and still went on to win the bronze medal. She became a symbol of figure skating and of the purity of sport. She flashed a V for peace sign in many of her public appearances. Then camera commercials for Konica showed the singer and actor Jun Inoue doing the peace V-sign. For young people it gradually became an automatic reaction to someone aiming a camera.

But it also has an omote and an ura. A front side and a reverse side. The peace sign has the palm facing out. If the palm faces in the gesture is an insult in the UK and Ireland and Australia and New Zealand. Or sometimes an act of defiance.

main photo Karaoke at the snack by Trevor Hartsell; photostream

Cruising for Peace? by iMorpheus/Derek A; photostream 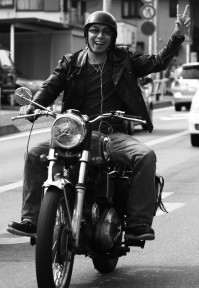 John Stevens, The Art of Peace on Amazon

my columns on aikiweb:
Aikido Teaching Information Silence
Bamboo
Aiki and Kokyu Ryoku
Resistance
Martial Arts in Manga and Anime
Indigo Blue
Improvised Weapons No.1: The Umbrella
Brothers
Unbalance – Feet of Clay
Half a Tatami
Zen in the Art of Aikido