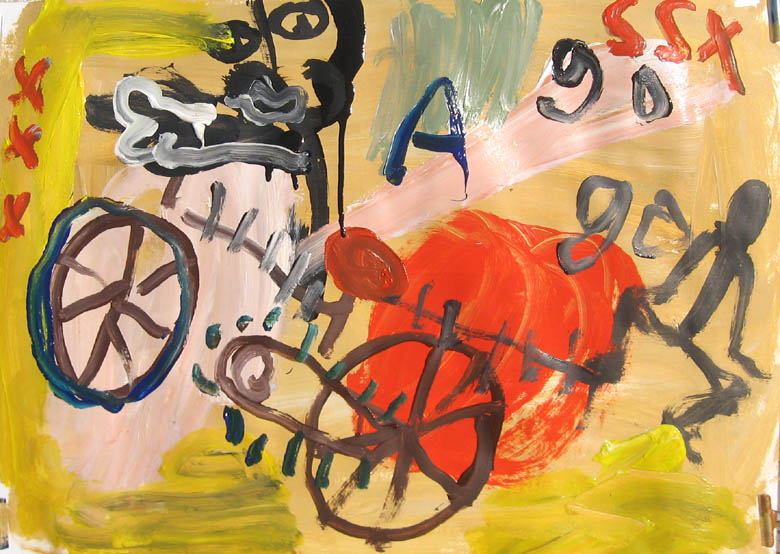 cycling in town by Shohei Hanazaki 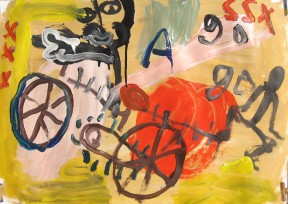 In my last post I talked about the time I did an aikido technique against a bicycle.

A guy riding a bicycle in Tokyo on a sidewalk – where you’re not supposed to ride bicycles – went hard for a gap just wide enough for one person. He didn’t care if he ran me down. He was trying to force me to jump back and out of the way. There was nowhere to escape to the sides because of a wall on one side and something blocking the outside part of the sidewalk.

I did an irimi – entering – movement. I got off the line of the bicycle just enough so that it didn’t hit me. And with a spearhand to his throat I got him to brake sharply. It was that or go flying. By the way judging by a recent forum discussion about irimi it seems a lot of people don’t understand the principle of irimi very well. I live the way I train and I train the way I live. So I ended up with no injury. If you try to do aikido without moving your body off the line of an attack you will end up with lacerations and bruises and possibly broken bones… Well good luck with that.

On the surface this was a great result. There was a dangerous situation caused by selfish and aggressive behaviour. I altered the dynamics. I didn’t get hurt. Noone else got hurt. The aggressive guy didn’t get hurt. He realized that he couldn’t bully his way through the situation. It proved that aikido movements were effective in the real world. I didn’t have time to think about a response. I just moved automatically.

This was 15 or 20 years ago and perhaps I am a little more patient now. But even at the time I was not comfortable with the result. It had showed the guy that he couldn’t bully a trained martial artist. But so what. That’s not really a lesson. He probably felt humiliation and frustration and anger.

So if it happened today I hope the outcome would be different. I hope the result would be that the guy’s pride would not be hurt. But that he would realize he had made a mistake.

I’m not quite sure what I would do differently. Aikido is not something you prepare. If you keep an empty mind something just happens. But I would like to think I would be safe, so would he, and that he might not do it again.

At the time of that incident I was on my way to the dojo and as I got changed I told another instructor that I had just done irimi against a bicycle! He must have mentioned it to a student. But sometimes stories get changed in the telling. A few days later one of the students said, Niall Sensei can you show us how to do shiho nage – a turning technique – against a bicycle? Hmm. That might be a little more difficult.