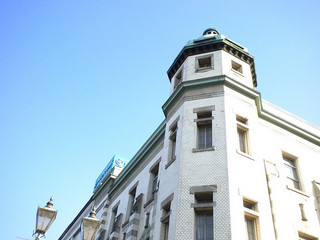 the bank by niall 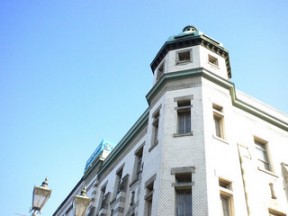 I much admire, I must admit,
The man who robs a Bank;
It takes a lot of guts and grit,
For lack of which I thank
The gods: a chap ‘twould make of me
You wouldn’t ask to tea.

I do not mean a burglar cove
Who climbs into a house,
From room to room flash-lit to rove
As quiet as a mouse;
Ah no, in Crime he cannot rank
With him who robs a Bank.

Who seemeth not to care a whoop
For danger at its height;
Who handles what is known as ‘soup,’
And dandles dynamite:
Unto a bloke who can do that
I doff my bowler hat.

I think he is the kind of stuff
To be a mighty man
In battlefield – aye, brave enough
The Cross Victorian
To win and rise to high command,
A hero in the land.

What General with all his swank
Has guts enough to rob a Bank!

About language. Chap and cove and bloke are all synonyms for guy. Chap and especially cove are very dated now and the kind of words you might find in the light Jeeves novels by P G Wodehouse. Soup is gelignite. Dandle is what you do playing with a child on your knee. Doff is take off. The Victoria Cross is the highest British award for bravery.

I chose this poem for a couple of reasons. First of all Robert Service is famous as the author of Songs of a Sourdough. It is a book of poems about the Yukon and prospectors. My father had a copy. As a young boy I really liked the exciting stories in the poems.

Of course any work of art has to be able to stand on its own. And for example knowing about D H Lawrence’s nomadic life as an exile would not affect your reading of A Woman and Her Dead Husband. But sometimes knowing the context can deepen your understanding. Robert Service was born in Lancashire in England and his family was from Scotland. He wasn’t from north America. So that was one reason for choosing this poem – it will change your image of Robert Service.

Another reason is that Robert Service was one of the most commercially successful poets of the twentieth century. Songs of a Sourdough sold more than three million copies. His poems – really songs is a great description – were strong narratives in rhyme and were immensely popular. They were easy to read aloud and easy to memorize. Before television and karaoke when people got together if you couldn’t sing you could always recite a poem. Robert Service’s declamatory poems were in the tradition of Rudyard Kipling.

I don’t think that The Bank Robber is especially memorable. The inverted sentences to fit the rhyme and rhythm are rather artificial: flash-lit to rove; unto a bloke who can do that I doff my bowler hat; brave enough the Cross Victorian to win. Of course this also gives a comic effect. But Robert Service has an endearing modesty. In the first stanza you wouldn’t even ask him to tea. You can see his admiration for men of action in all his poetry. And in this poem you can see his contempt for Generals. One of his books Rhymes of a Red Cross Man was dedicated to his brother who was killed in France in the First World War.

As a comparison this is an accomplished and masterful poem, one of his most famous, The Shooting of Dan McGrew.

As a young man Robert Service worked in a bank in Scotland. He emigrated to Canada and eventually found a job in a bank. And he went to the Yukon to work in a bank. The irony of his job before he became a full-time writer is the final reason I chose this poem. The banker looks with admiration – perhaps envy too – at the bank robber. You can imagine him hoping a robber would come to rob his bank. Ah, context.

By the way the spirit of Kipling and Service is not dead. I just quoted from a great poem called Crewe South Shed by Dave Roberts in a blog article called otaku, nerds and anoraks.  He has another cool and funny declamatory poem called Glossop on his blog in the tradition of Robert Service.

photo: the bank by niall