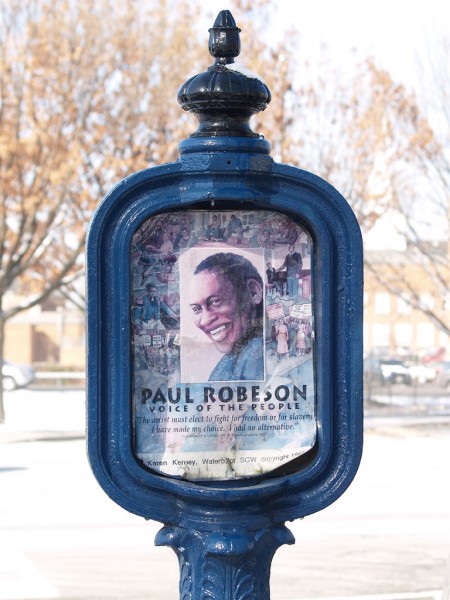 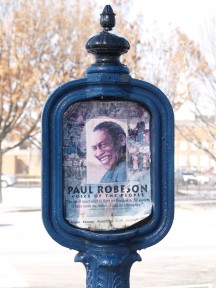 I play the banjo better now than him that taught me do…
Paul Robeson, The Banjo Song

I remember my father listening to Paul Robeson singing the Banjo Song when I was a boy. Paul Robeson was a singer, actor and fighter for social justice. The song goes on, “Because he plays for all the world and I just plays for you.” So the singer had become a better banjo player than his technically excellent teacher because he was playing from his heart for the woman he loved.

Maybe there’s a lesson there for budo – martial arts – about doing it from your heart but for now the question I want to ask is: How do we get to be better than our teachers?

Let’s leave O Sensei Morihei Ueshiba the founder of aikido and the glass ceiling of his maverick genius out of the discussion for the moment.

A teacher’s task is to bring his or her students to the highest level they can reach. My first aikido teacher – a gentle, open, learned man as well as a great budoka – martial artist – told me clearly he expected his students to become better than him. If they didn’t manage it then he hadn’t done his job well.

He thought he would be able to help us smooth out some of the difficulties he had faced, to shorten some of the long paths he had walked and to avoid some of the side tracks he had travelled.

It’s a logical idea. It allows budo to grow continuously and it protects against stagnation or decay.

Unfortunately there is also an old tradition in Japanese budo of teachers keeping some part back – perhaps some secret teaching or special technique or unique movement – so that the student never will surpass the teacher. Perhaps hundreds of years ago a teacher felt that was necessary to protect against attacks from enemies. It’s kind of sad that it’s still true today – more than once I have been told by budo teachers that they deliberately don’t teach everything.

But that’s only a tiny percentage and I want to finish on a positive note. Going back to my first teacher another thing he used to say was that aikido was like breathing. Everything you learn you breathe in – then you have to breathe it out again by giving it to others. Hey – we’re back to kokyu! Kokyu is breath in Japanese.

So however little you feel you know about budo you can rest easy if you have a good teacher. One day you will be playing the banjo better…

And to finish if you’d like to listen to the unforgettable voice of Paul Robeson.

Photo by takomabibelot used with kind permission. Poster of Karen Kerney’s Paul Robeson, Voice Of The People on a call box in Washington DC. “The artist must elect to fight for freedom or slavery. I have made my choice. I had no alternative.”

This article appeared first on aikiweb.